It was bound to happen. Star Wars and Sci-Fi movies have been preparing us for new forms of weapons.

The Empire, Nope that’s wrong I mean Russia has revealed their plans to build a gigantic laser cannon capable of destroying targets in space. Puttin must be a Star Wars fan, What next after the targets in space? Conquering other worlds?

Russia has a plan for crafting the incredible laser cannon, Russia plans on converting an old telescope into a huge ‘space gun’ which will be used to zap orbital debris which poses a threat to orbiting spaceships. Oh, so Russia can do good then?

Right now the cannon is not likely to be very powerful at this stage, so don’t think planet level of destruction as of yet… Right now, it would have to be focused on a piece of floating junk for quite some time in order to vaporize it out of existence.

But once honed in and powered up it could be a vital weapon of war, from blasting planes and buildings, but think bigger it could even shoot down satellites. This is when villainy comes into the equation.

Researchers at a subsidiary of Roscosmos — The Russian equivalent of Nasa, have been wanting to turn a telescope at the Altai Optical-Laser Center into a cannon which will blast space junk. Saving us from old space equipment coming in to orbit and raining down on us.

‘The scientists intend to use the massive soon-to-be-built telescope at the Altay Optical-Laser Center and convert it into a laser cannon. The device is expected to be powered by a solid-state generator, though the project team has yet to choose which model to use.”

Russia claims that there plans and intentions are solely peaceful and nothing more, yet we only have to look back at past scientific developments. Earlier this year, Russia revealed plans for a ‘flying laser’ (Please just make a Millennium Falcon) which could be mounted on a plane.

So, how could this laser start something bad? Well, Satellites play a major role in warfare while powering the global communications infrastructure. Imagine a weapon which brings down spaceships as well Russia would be so powerful possessing a different kind of power for any future conflict. We would be the Rebels and Russia would be the Empire, I’ve seen Star Wars, we do not want that.

However, Russia is not the Empire, they are looking to do good! The destruction of Space junk is important, as of now there’s a lot of rubbish orbiting Earth right now.

If nothing is done, we will be surrounded by a huge amount of space junk flying at high speeds which poses many huge risks to any spacecraft trying to leave our little home called earth and landing on Mars and creating human martian offsprings! 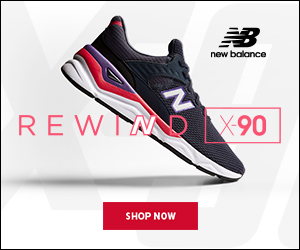